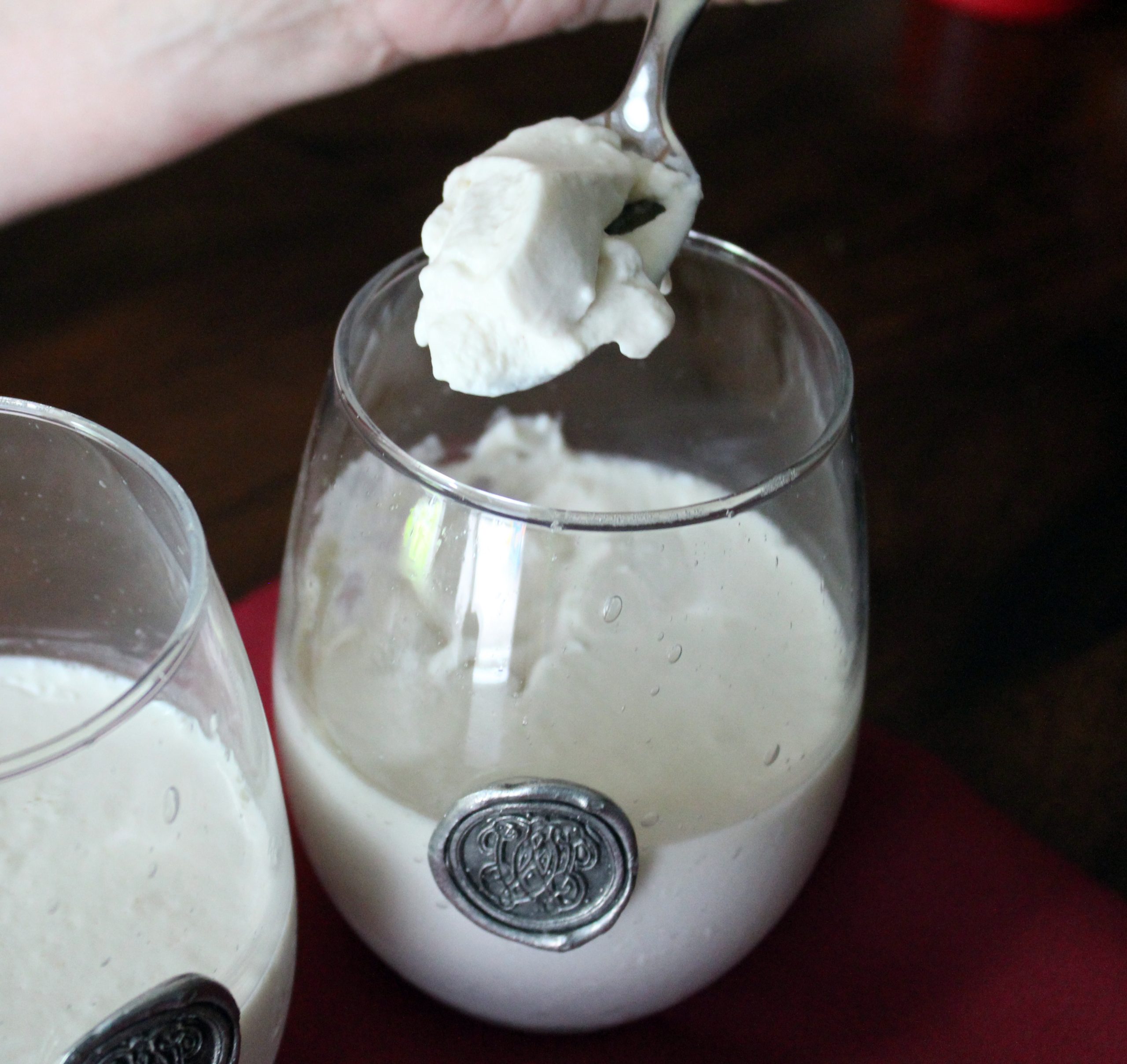 When my husband and I ate at Sanaa, at Kidani Village in the Animal Kingdom Lodge Resort, it was seriously one of the best meals we’ve ever had at Disney. And it wasn’t busy!?

If you’re ever in the park, you have to try and eat there. Trust me, its worth the bus ride there. (Or drive, if you’re driving.) Everything we ate was fantastic, but I haven’t been able to find a recipe for, or replicate myself, the dessert I had. In the meantime, I’ve been trying lots of other desserts off Sanaa’s menu when I can find the recipes. This one is one of those, and its also delicious, and especially great after a really hot day.

At its most basic, this is a type of pannacotta. Which is basically a milk pudding. And I mean, that makes it healthy, right? You’re getting calcium?

Work with me, people.

Its also gluten free, which is great for me right now, since I’m still doing my elimination diet. If you’ve got dairy issues, this is not so great, but there is no reason this couldn’t be made with almond milk. If you try it, please let me know how it turns out.

I did make some adjustments to the recipe. The original has a lot of extra steps and waiting, but I cut most of that out, mainly because I didn’t care if there were suspended bits of chai tea. I used chai tea bags, so the tea was not ground into a powder and added. Mostly I did this because I wanted the flavor, and that look wasn’t important to me.

So, its pretty easy. You need to put 2 1/2 cups of heavy whipping cream into a saucepan. You’re going to add vanilla bean seeds or vanilla bean paste into it, as well as your sugar. Then heat it over medium high heat, until it simmers. Make sure you stir it occaisionally.

While the cream is heating, you need to measure out 1/3 cup of cream into a small bowl, and sprinkle half a packet of unflavored gelatin over it. Stir it in to mix it together.

Once the cream starts to simmer, you need to remove it from the heat and then add your cardamom pods, cinnamon sticks or ground cinnamon, peppercorns, and two chai tea bags. Let the whole thing steep for about 10-20 minutes.

Then strain out the bits of cardamom, tea bags, cinnamon stick (if you used a stick), and peppercorns. Stir in your gelatin and cream mixture until the gelatin is dissolved.

Pour the mixture into ramekins or whatever cups you like to use. I enjoy using wine glasses or highball glasses for this, just because its fun and an easy way to make it a little fancy.

Put them in the fridge to chill for at least 4 hours. I chose not to put anything else on these, but the garnish the recipe suggests is another 1/4 cup of whipped cream mixed with 1/2 tbsp of powdered sugar, and shaved chocolate sprinkled on top. Honestly, these are delicious as is!