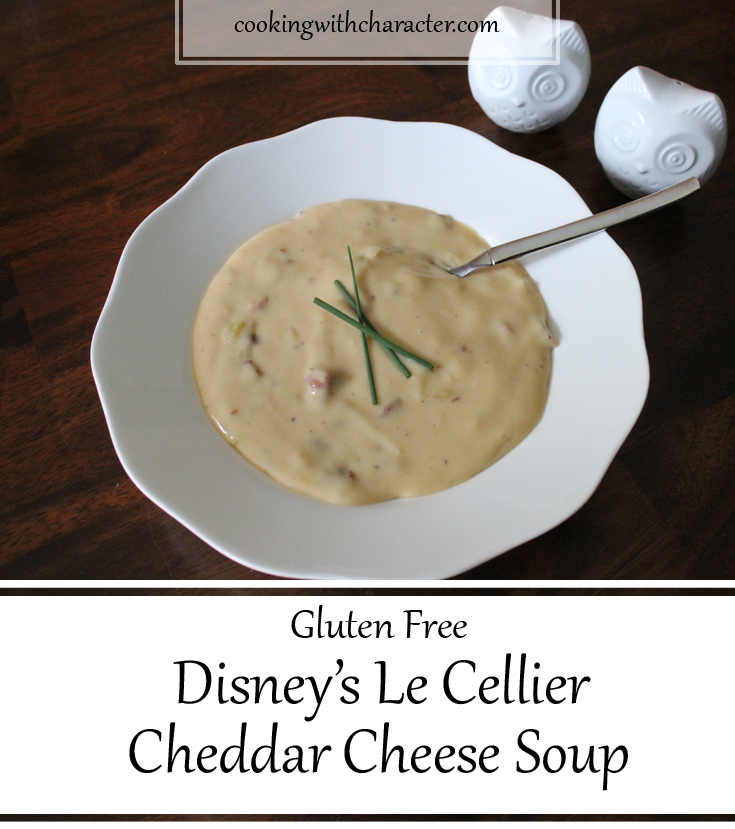 This is not a soup meant as a light snack or meal. This is SOUP. Its heavy and decadent and delicious. And don’t even look at the calories. But its worth it!

I wanted to make this on a Saturday afternoon, so I set everything up and pulled out the rice flour I had to replace the regular flour in the roux. And I “forced” my husband to go buy a gluten free beer. He grumbled, but he didn’t hestitate while pulling on his shoes.

I mean, I told him I was making him a soup that had beer, cheese, and bacon. Like he’s going to argue with that.

The first thing you need to remember about this recipe is that bacon can be cut up with a knife. But the easiest way to cut it up is using a pair of kitchen shears. Seriously. Took me like two minutes. I don’t know why I never thought of this before.

The recipe is pretty straight forward. You cook the bacon. You leave the bacon fat in the pan. Then you add butter and celery and onions. (I did tell you this was not healthy, right?) You cook them. And then that glorious butter and bacon fat mixture is what mixes with your rice flour to make a roux. Make sure that you stir this constantly so it doesn’t burn. It will get thick. Really thick.

The original recipe has you add in the stock, simmer it, and then add in the milk and simmer again. The rice flour, however, does a REALLY good job thickening, and I have found that it actually needs all the liquid at once. It won’t hurt anything, I promise.

HOwever, when you do that, you need to do it by adding the stock to your roux and whisking it until everything is smooth. It will get thick real fast, so that may be hard. But don’t worry. Do your best, and then add in all the milk and whisk again.

After you get all that liquid in, if it still looks a little thick, just add a little more milk or broth to loosen it up a bit.

Now you want to heat it until it is just boiling, then reduce the heat and let it simmer for 10-15 minutes. Make sure you stir it occaisioanlly.

After the 10-15 minutes are up, Turn off the heat and stir in the cheese, Tabasco, Worcestershire sauce, salt and pepper. If you like the bite at the end of the soup, add the full amount of Tabasco. If you have some people who are seriously averse to heat, you might add about half and then leave it on the table. But I’m not a heat fan, and I like it.

Once the cheese is melted, add in your warm beer. Make sure its gluten free, or using that rice flour won’t matter at all. Stir it in, adding milk or broth if its too thick, and then dish some up and garnish with chives or green onion.

I actually must confess that whlie I like this soup, it needs something. I LOVE it poured over a big baked potato. Some GF toast or garlic toast is also great. At some point, I’m going to make a GF pretzel roll recipe and try it with this, because I think its delicious. (And that’s what they serve it with at Le Cellier.)

This takes a little effort, but its very worthwhile.