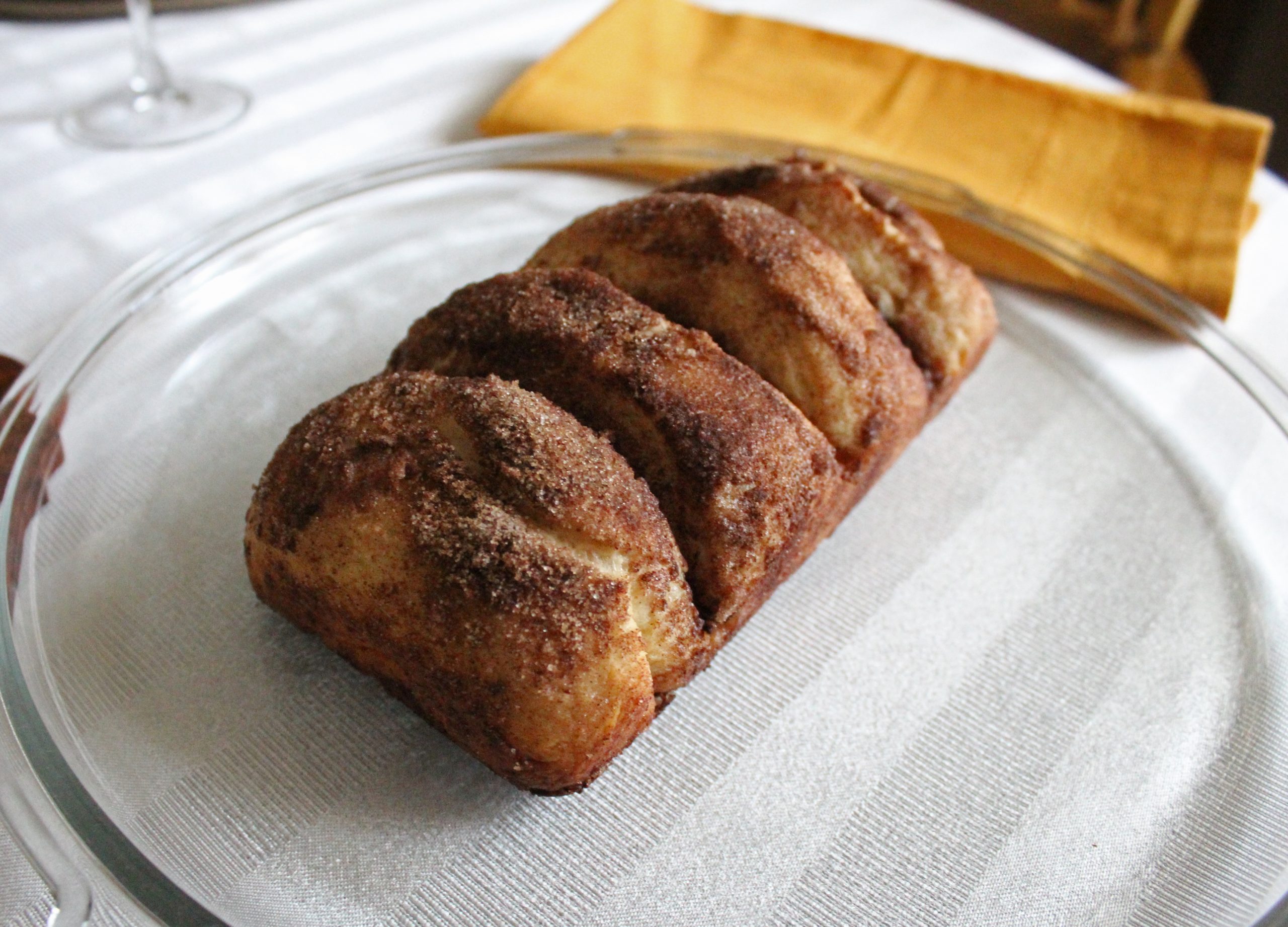 If you have ever visited Dollywood, then you’ve probably had, or at the very least smelled, this bread. It smells amazing, and its just as tasty!

Its also really easy to recreate it at home. And its totally worth it. Its delicious, and you get the smell of cinnamon and sugar and fresh bread in your house to boot.

The recipe that Dollywood released has you use frozen bread dough. I, however, decided that I wasn’t buying bread dough when I can make it just as easy. Its up to you which you want to do, but I used my recipe for everyday bread, and it worked out really well. And as a bonus, if you only want to make one recipe, you just freeze the other half.

The Dollywood recipe uses one loaf of frozen bread dough, and then splits it in half to make two loaves. I have made it both the way they say to, and just made one really big loaf.

Personally, I like making just one really big loaf. But the cooking time does change substantially, and I raise the temperature to 325 degrees. If you decide to do the larger loaf, I would check it at the time they give, and then go in 5-10 minute increments after that.

But if you’re doing it the way that the real recipe says (you can search for it and find it on places like visitmysmokies.com and Hallmark channel’s website) You are going to start by preheating the oven to 300 degrees and greasing two loaf pans. You’ll need to mix up the cinnamon and sugar in a shallow dish, and melt your butter in a another shallow dish. Once you have it all set up, take your bread dough (if you’re using frozen, you’ll need it defrosted) and cut it into two halves.

Then you’ll cut each loaf almost all the way through in four equal places. Leave a bit at the bottom of the cut so the loaf stays together. I like using kitchen shears for this part, because it makes it easier to not go all the way through, and it doesn’t tear up the dough as much as trying to saw into it with a knife.

Then you roll the dough around in the butter so its good and coated, making sure to get into the slices, and then you do the same in the cinnamon and sugar mixture. Really pack the cuts with it. The more there is, the better the taste!

You then cover the dough with a towel and let them rise about 30 minutes. If you haven’t already preheated the oven, now is the time.

Once the oven is ready and the 30 minutes are up, put your bread in, turning the pans about halfway through, and bake for 35 minutes. They should be golden brown and sound hollow when you tap them when they are done.

Pull them out and let them cool a few minutes in the pan, then turn them out onto a wire rack.

The recipe recommends a glaze to drizzle on the loaves, but I don’t think it needs it, honestly. I’ve left it off because the loaves have never lasted long enough to try it!

It may not look pretty, but these turkey meatballs

My crock pot has decided this morning is the time

I actually won something! Thank you to @simplyglut

These were a first experiment making springerle co

One of my favorite things about the holidays is ma