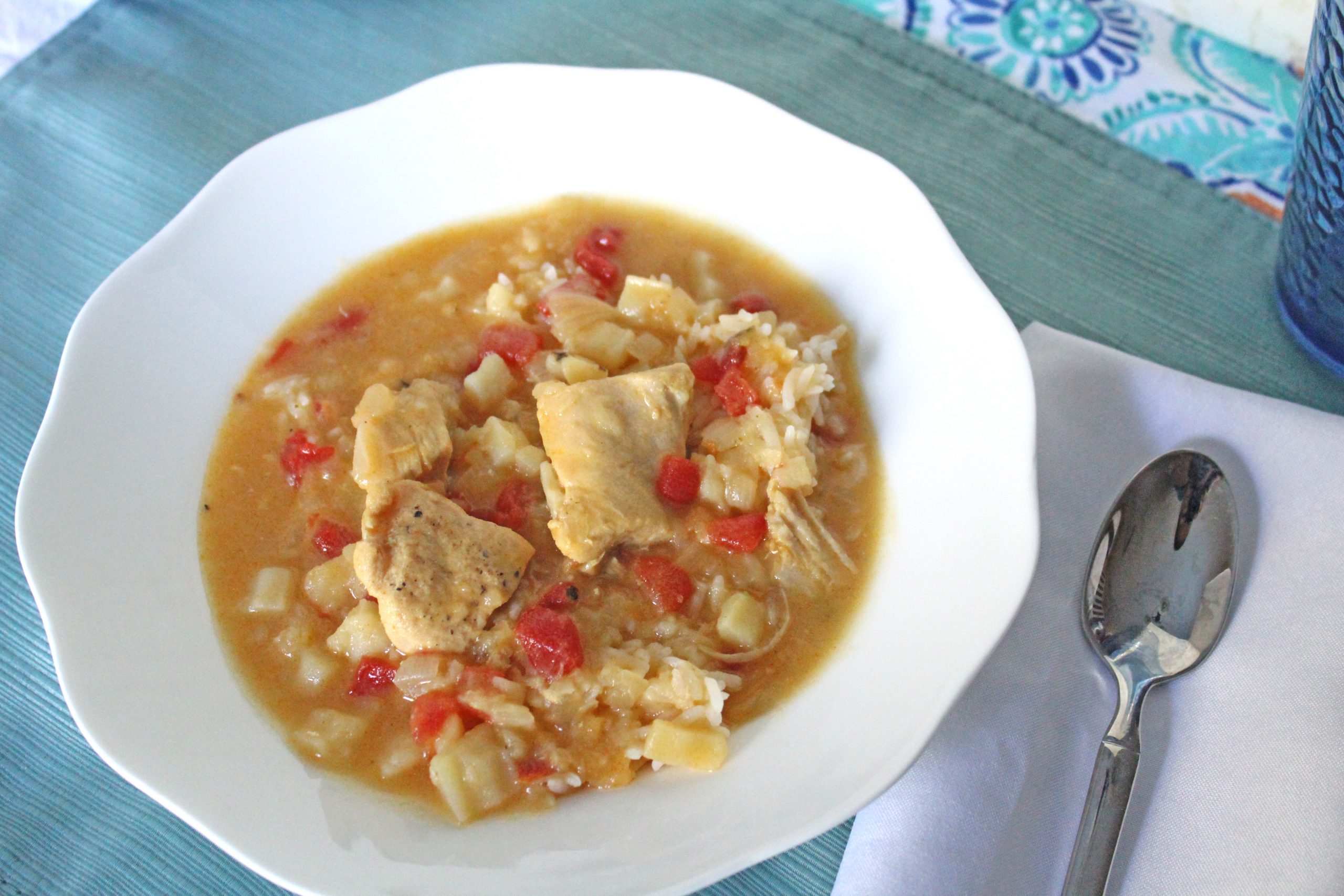 If you have ever been to Disney World you may have been here. Or if you plan on going in the future (and buffets are still a thing – who knows?) you need to mark it on your to do list. Because Boma, the buffet at the Animal Kingdom Lodge, is AMAZING. Like, seriously. Even if you don’t think you’ll want to eat African cuisine, you’ll be surprised how much you like it. And to that end, I’m posting a recipe that is based on the Disney Boma recipe for Coconut Curry Chicken Soup. It isn’t quite the same, but its still pretty tasty. I had to make some adjustments based on what I had in the pantry, but it was worth it!

I made this in my instant pot, just using the saute function because its been so hot here. I mean, the day I made this it was 115 with the heat index. So heating up the oven…. not if I couldn’t help it. If you choose to do that as well, just remember to set the minutes on the saute mode for the right amount, or remember to go back and turn saute back on. Not that I might have done that….

The original recipe for this called for honey to be added at the end. I chose to leave this out because I didn’t really think it needed it – but I didn’t put any spice in it either. If you like spice, I can see where a little extra sweetness might help even it out.

The recipe is really simple and really easy – saute your diced onion and peppers for around 5 minutes – until the onion starts to get translucent – then add in your chicken and get the pieces browned. Once you do that, you put it in a bowl and set it aside for a minute. The chicken won’t be done at this point – you don’t want it to be. You’re just adding a little flavor by searing it a bit.

Put in your butter, melt it, and then mix in your flour to form a roux. You just want to mix it into a paste, but it doesn’t need to get any color on it. Then add in your liquid and stir to make sure the roux is incorporated and add the chicken and veggies back in.

This is where I deviate again from the recipe. The original uses curry powder. But, of course, I didn’t have enough left to do the recipe. So instead I used the green curry paste I had in the fridge. I also didn’t have any fresh potatoes when I made this, so I improvised and used plain hashbrown potatoes from the freezer. They were unseasoned and already diced! It worked, but I will admit that because they are already partially cooked, they were very mushy and sort of ended up making the whole thing a little thicker. Not a bad thing, but if you want the potatoes to really have normal texture and not be mushy-ish, use regular diced potatoes. Either way, it worked and was tasty, so don’t stress!

After you get everything in there, just put the lid on and let it simmer for an hour or so. A little longer won’t hurt a thing. Make some rice, and serve it with the soup and you’re golden!